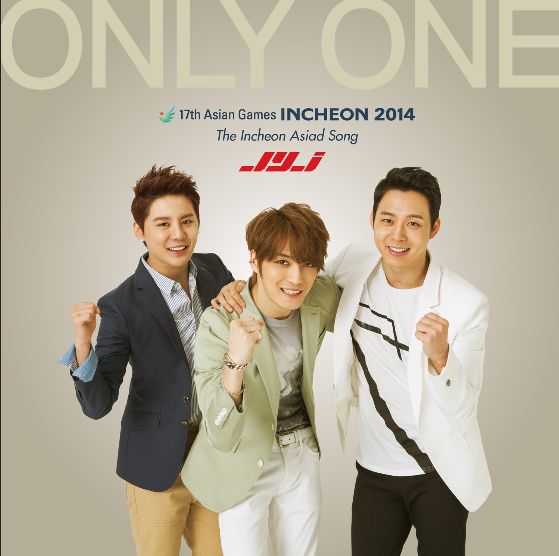 JYJ were chosen as the official ambassadors for the 2014 Incheon Asia Games. And now, the video for the song ‘Only One’ has been released!

Have you seen it yet? Check it out now:

“We hope that everyone can think of the Incheon Asia Games through the song, and that it can be an enjoyable song to follow,” JYJ said.

The trio were chosen despite the hateful and ass-backwards way in which they have been treated by the antiquated Korean entertainment industry for speaking out about totalitarian practices.

And because of their continued fight– and without any public support from current artists still part of the system — they were kept from performing at a concert with other artists to promote the event.

To that issue, CJeS (the company working with JYJ) issued a statement partially stating:
“This past July, the Korean Fair Trade Commission (hereafter KFTC) issued corrective orders to the organizations, who have been systematically obstructing JYJ’s broadcast activities, to cease their obstructive actions. But as you see from this case too, a TV station is still obstructing JYJ’s broadcast activities irrespective of the legitimate reason. It is revealed that the entertainment industry is dominated by the strength of a giant entertainment management company and repeating unfair action despite the KFTC’s corrective orders.”

Despite that, JYJ have gone on to fulfill their obligations by bringing awareness to the 2014 Incheon Asia Games.  I certainly wouldn’t have known about it if not for JYJ.

The Incheon Asia Games are scheduled to run from Sept 19 to Oct 4 2014 in Incheon, South Korea.

JYJ is scheduled to promote the event through various performances and other activities throughout Asia.  They will be in Vietnam (Hanoi) Oct 24 and in China (Guangzhou) on Nov 21.