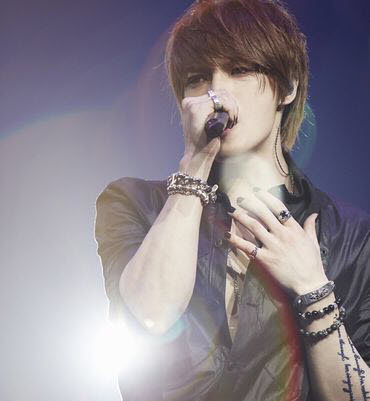 The album will showcase Jaejoong’s talents in writing, production and will include rock, the genre he seems to be a natural at singing.

To promote that project, Jaejoong will be holding special performances starting in November.

Concert tickets for his Seoul concert will go on sale Oct 8, and will be held on Nov 2 and Nov 3.  In addition, cJeS announced that he will be performing in Yokohama, Japan as well.

Back in June, Jaejoong held a 3 day sold out solo concert special in Yokohama, Japan where tens of thousands of fans came to see him.

Earlier this year, he released a mini solo album, “MINE”, which garnered at lot of attention and praise.

His voice seems tailor-made for the rock genre and more than 200,000 copies of the mini album was sold… all without him being able to advertise it on television because of the cowardly Korean entertainment industry.

His popularity, specifically in Japan, is still through the roof despite how avex (Japan) treated JYJ after their split with their former management agency.

By the way, Jaejoong is fresh off his win at the Seoul International Drama Awards where he received an award for the song “Living Like a Dream” which he wrote and sang.  The song was part of the soundtrack to the Korean drama “Dr. Jin” (Timeslip Dr. Jin) in which Jaejoong also appears.