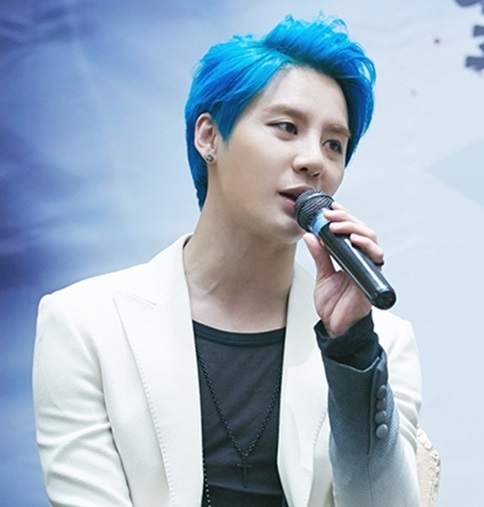 Junsu (JYJ) just recently released “Flower” and the video for the song.  The song is making headlines because — despite JYJ being blackballed by cowardly broadcasters in Korea — the song broke through to rank on MBC’s Music Core and KBS‘s Music Bank.

In only one week on Youtube, the artistic video for the song already has over 1.1Million views and many fans have posted reaction videos.

The song features Epik High’s Tablo as the guest performer.

Junsu is determined to be as creative and dramatic as he possibly can in everything from the video and promotional photos right down to his hair color.  (I think the latest color is blue.)

The ‘Flower’ singer was recently in China to promote the project and to hold a concert in Shanghai reportedly for over 14,000 fans.