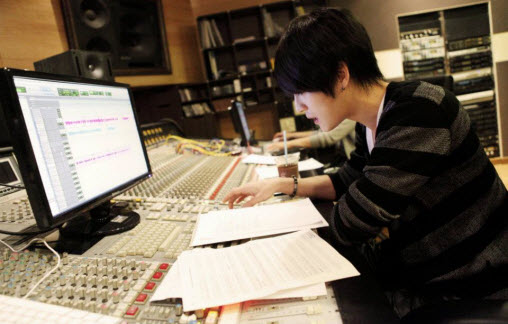 Jaejoong (JYJ) is set to receive an award at the 8th Seoul Drama Awards for “Living Like a Dream”, a song written by the singer/songwriter/actor for the soundtrack to the Korean drama Dr. Jin (Timeslip Dr. Jin).

Its a beautiful song.  When I first heard it, I posted here: “Jaejoong’s Lush, Gorgeous New song from Timeslip Dr. Jin”.  The emotion in his voice is very apparent.

In the drama, Jaejoong’s character, Kim KyungTak (lastname, firstname) experiences increasing heartbreak from the two people he trusts the most in his life.  Both his best friend and the woman he loves find themselves at odds with him because of his family.  KyungTak’s divided loyalties also make it difficult for him.

According to translated reports, Jaejoong thanked the public for loving the drama and said, “I was able to express my emotions while singing and writing the lyrics because I knew how the characters felt as a member of the cast.”

A representative for the Seoul Drama Awards is reported to have said, “Kim Jaejoong’s vocals and emotions gave birth to a song that fits. ‘Dr. Jin’ perfectly.  He participated in writing the lyrics for the song, letting his musical talent shine forth, and the song played a great role in conveying the sad emotions of the story with more depth.”

The actual awards show will be held on Sept 5.

Timeslip Dr. Jin is a Korean adaptation of the Japanese manga “Jin”.