Jaejoong did an interview with kstyle where he talked about his solo projects.  In the interview, he talks about the harmony between JYJ and pursuing different types of music. 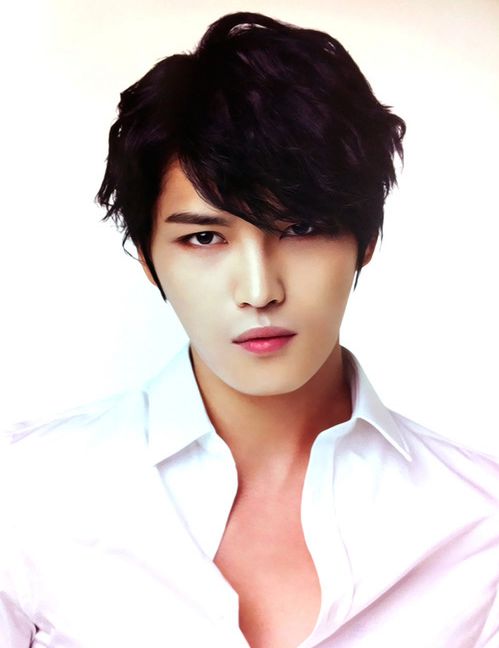 – Why did you start acting?  To show myself more often to the public. – Have you had any special preparation for acting? At first, I had acting classes but it didn’t help much. (laugh) Because my face looks unique and my voice isn’t ordinary too, I think my acting becomes awkward if I learn and act by […]

On September 2, I found myself at the Hollywood Palladium for K-pop sensation Junsu Kim’s concert, invited by music producer Bruce “Automatic” Vanderveer and vocal director Ebony Rae Cunningham. When Kim performed “Uncommitted,” the track the duo produced for Junsu’s English debut single, the two immediately began jamming to the song and singing along.

As the song came to a close, Junsu thanked Automatic for writing and producing the single, and Automatic cheered back from the balcony: “You made it happen, man!”

Automatic is the president and CEO of InRage Entertainment, and Ebony Rae Cunningham is the vice president. She was the vocal stylist for “Uncommitted.”

– What do you think when starting your World Tour right after concluding the Asia tour?

I have been in a lot of Asia Tours but it was the very first Asia Tour of my own. I started off with many worries and concerns but when performing in Hong Kong, I thought back at the first time when I gathered my courage. Because there are no broadcast activities whatsoever, releasing not a single but a full album is a big burden and releasing a full album for my concert also gave me pressure.

In the middle of many worries, I gathered my courage, released my album and I have received much more love than I thought. Rather than saying I got the fruits of my labor from the concert, it has become a chance for me to see a gleam of hope and picture out my future. The year 2012 feels like a dream and it is such a significant year in my entire life. Starting off my World tour in New York, I will do my best and be responsible as a representative of Korea and Asia who gets to hold concert in the US and even in South America.

Q and A with Kim Junsu.

Please excuse any grammatical errors made by original translator

Q. How do you feel about releasing your first solo album?

A. First, I released an album with the name XIA. Making the album was difficult for me because it was first solo album in 8 years. Most of all, it is fairly burdonsome to fill every track only with my voice. Yet, it was pleasure to sing music genres that I hoped to do. Not a sigle day has passed without pressure and concerns but, on the other hand, everyday my heart flutters because of my anticipated album.

Your Visit to Lima will be remembered for its record sales in ticket. Did you anticipate this?
In reality, we did not anticipate this. I mean, we are from from a country far from yours and it will be our first time there. Obviously, we never could have imagined this would happen. It has been a pleasent surprise to know that we are welcome in South America  and we are very thankful for such. Recently, we had seen a Puerivan television program interviewing our fans there. It really touched us. We are sincerely thankful for this. We know that it must not be easy to be a fan of singers from so far away.