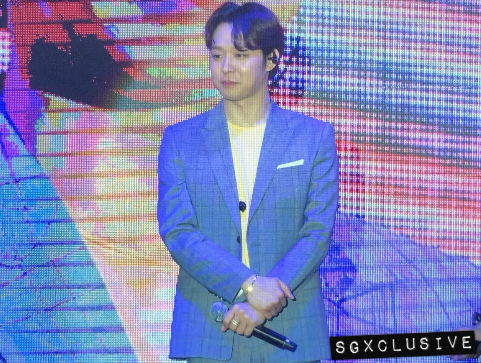 Park Yoochun held a mini-concert for fans in Hong Kong recently. Here’s information from  @sgXCLUSIVE about the live event:

The singer/songwriter sang a Cantonese song by a local band and told fans he likes washing dishes.

Yoochun also joked about how hard it is to keep an “ideal” body weight and told fans he’ll share a picture of his six pack… as soon as he gets on. LOL!