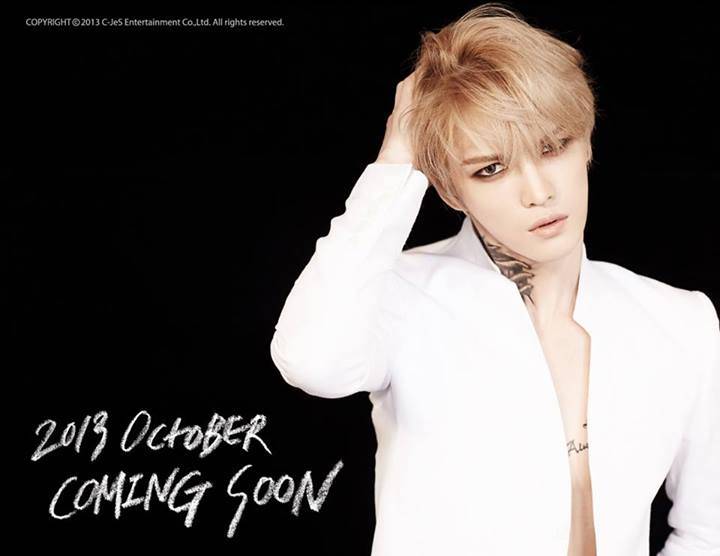 A total of 14,000 tickets for his first “2013 Kim JaeJoong 1st Album Asia Tour Concert” concerts in Seoul, South Korea sold out in 15 minutes.   The concerts will be held at COEX over the course of 2 days on Nov 2 and Nov 3.

Reportedly, the servers for the online ticketing site crashed as well from the sheer number of people trying to get tickets.

Meanwhile, the first image from the new album shows Jaejoong as a blond, tattooed rocker, an image many of us are quite familiar with since that seems close to his personal style too.

The style, along with his manga/anime natural facial features, are enough to make any K-rock or J-rock artist jealous!  🙂

In the photo, though, you can clearly see what appears to be a tattoo on his neck as well.

Many were wondering whether its a new tat, or whether its for presentation purposes. (He does have real tattoos on his chest and back, though)

Earlier this year, Jaejoong released a mini-album that gained a lot of praise and positive feedback, not just from fangirls but from many people who like rock and became new fans because of it.

His mini-album project, Mine, even hit #2 on the U.S. Billboard World Album charts which tracks the top selling world music albums week to week.  The official video for the title song, “Mine”, has over 3 million hits at youtube.com

The 1st single from Jaejoong’s new full album is scheduled to be released Oct 15.