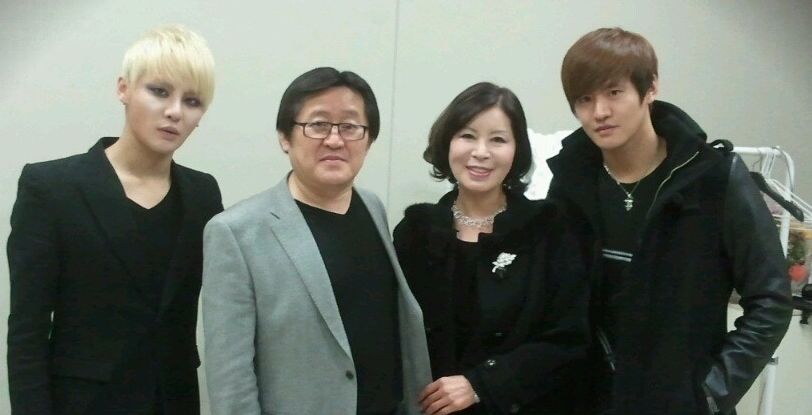 Junsu (Xia) and Junho (Zuno)! Its the time when the fraternal twins Junsu and Junho celebrate their birthday!

The guys are 27 (Western) years old this year and are cutting their own individual paths to success.  Although sometimes those paths cross with Junho writing music for both Junsu’s and JYJ’s recent albums. 😀

Fans all over the world celebrated, holding parties and coming together to have fun and wish the twins well.

Junsu’s parents also attended events to celebrate the birthday of their baby boys too! Check out the vid (try not to reach out and pinch their dad’s cheeks)
{youtube}yZa4zhJQKpA{/youtube}

In Osaka Japan’s Tombori Station in Dotonbori, a special video message was played on the digital screen  from fans to celebrate the special occasion. Check out this vid:
{youtube}RZL9SGYxUeE{/youtube}

In addition, birthday messages came in from all over the place including some from other entertainers.  For example TaeHee from the group M.Pire sent out a Happy Birthday tweet to his “sunbae”.

He wrote, “Junsu sunbae~ Hello, I am Taehee. Today, I sincerely wish you a happy birthday!!! Thank you for always bringing us great songs with your great voice~! I will always keep supporting you in the future^^”

Happy Birthday to the totally adorable Junsu and his gorgeous brother Junho!  We hope you had a wonderful day!