Since I’m working right now, I can only send you this. See? Bye all! 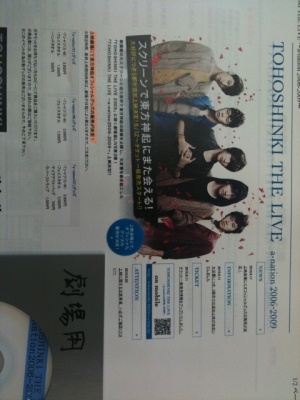 We talked on the phone and somehow it’s been decided that we’d go drinking with each other within a week. When I see him, the first thing I’ll do is that I’ll give him a hug.

Q: You only called JeJung?? How about JunSu and YuChun!?
A: They’re already in Korea. Ah, I actually spilled it out.

While being embarrassed, he said that although singing and dancing are important, the most important thing is that they were able to convey our feelings to the audience! Such a good mannn. I won’t lose to him.

JeJung was very touched last night. That’s why, I’ll give him a call to see how he’s doing.